…It’s late and I’ve decided to write, probably not a good idea but this post has been on my mind for a little while and it needs to come out.

I guess this is a letter to my younger self who wrote that post, maybe it’s a bit of hope that things get better, a bit of reality and the odd line that she’d have a chuckle at.

Dear Liv,…I have no idea how to make a wig look convincing

You can take iron tablets and use all the shampoos and tonics under the sun, but they ain’t gonna work, you can’t fight your genes

Anytime you are in the company of someone that isn’t family or you’re out in public, this will still be on your mind

You’ll learn that wearing a wig doesn’t mean that the problem is gone, instead of worrying about the lack of hair, you’ll worry about it coming off, someone touching it, etc…

You’ll learn that at some point when you find the right person, they ain’t gonna give a monkeys that sometimes you look like a Gollum stunt double because it won’t matter to them what you look like

You’ll learn that your hair looks at its best, short and if it goes beyond that, you can look a bit Frank Gallagher-y, or at least that’s who I see staring back at me

You’ll learn the importance of finding a sunhat that suits you because my God if your scalp burns, it burns and that sh*t is hard to hide and then it peels and oh God, sunhat up young lady!

You’ll still avoid the hairdressers and cut your own hair, sometimes it actually turns out alright

You’ll learn for some reason, it always gets worse in the autumn, still not figured that one

You’ll still daydream that one day when you’re a fancy business lady and rolling in it, you’ll go to a private doctor and they’ll pump you full of hormones, you’ll have these big bouncy curls and probably end up growing another uterus… but future Liv can deal with that one

But as the years pass, over time, little by little, it becomes easier to accept. There are still bad days but there is hope, no miracles of a full head of hair but little things that can sometimes make a difference.

One thought on “What I’ve Learnt From Having Alopecia” 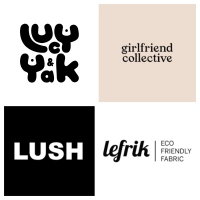